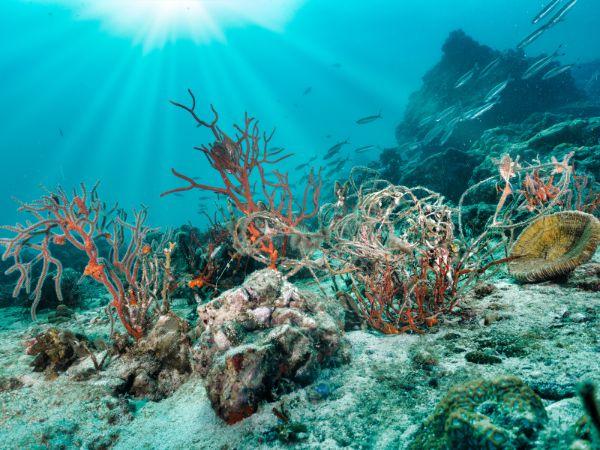 We are riding the wave of positive change for sea creatures.

A new report from Oxford University shows that certain parts of the ocean are at risk. This is why the 11 UN member countries have pledged to protect the ocean.

Partnering at the UN Ocean Conference

In June, we attended the UN Ocean Conference to encourage countries to recognize that lost and abandoned fishing equipment, nets, and traps – also known as ‘ghost gear – has a significant impact on our oceans, and the lives within them.

To address the problem of marine debris, we joined other international organisations and member countries of the United Nations.

Ghost gear is four-times more likely to cause harm to marine animals than any other form of marine debris. Globally, ghost gear is responsible for a 10% drop in fish stocks. This affects more than 3 billion people who depend on fish for their protein.

Protecting our oceans together

The conference saw countries recognize their shared responsibility for the oceans. More than 1,393 commitments were made by governments and organisations, which indicates that these groups will act to reverse the decline of ocean health.

Voluntary commitments refer to initiatives that are voluntary undertaken in order to help achieve the Sustainable Development Goal 14. Ghost gear was a prominent topic, with 11 countries signing a Statement of Support for Global Ghost Gear Initiative (GGGI).

The GGGI is an alliance made up of governments, civil societies, the private sector, academia, and other stakeholders. It was established in 2015 to address the global problem of ghost gear.

The GGGI was welcomed by Belgium, Sweden and New Zealand as well as Panama, Tonga and Panama.

Belgium has also partnered as a key sponsor with GGGI and has promised significant financial support for a pilot project regarding the marking of fishing gear.

Belgian deputy prime Minister and minister of European Affairs, Didier Reynders said that: “We must work together to reduce gear loss’s impact on the economy, food security, and most importantly, on marine ecosystems.”

“Certification, marking and recycling of gear are the most promising solutions. My country supports the recycling principle and the gear recovery initiative.

This change cannot be made by governments alone. We also attended the SeaWeb Seafood Summit in order to share our best practices for protecting our oceans against ghost gear.

The industry wants to be more sustainable and reduce its impact on fragile marine ecosystems. The audience included representatives from the fishing industry, seafood retailers, and fishermen. We were able to provide practical guidance through a public consultation.

This framework provides practical guidelines for industry to take to reduce and prevent gear loss, as well as its costly and harmful effects. It also helps with managing fishing gear across all parts of the industry.

Following a final round, feedback was received, the framework is being finalized and will be made public at the end August. We hope industry members will incorporate some of these recommendations into their corporate social responsibility programs. These elements will also be included in standard setting and certification practices.

Ghost gear is the most dangerous form of marine litter. Wilcox et al. published a 2016 study in Marine Policy. Fishing-related gear was found to be the third source of marine litter, along with plastic bags and balloons. This is because it poses the greatest risk to marine wildlife like seabirds, turtles, and some of our most famous marine mammals such whales and dolphins.