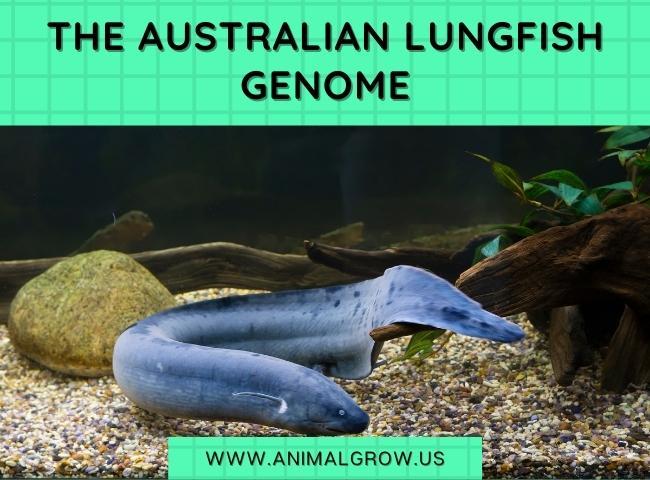 The Australian Lungfish Genome is 14 times larger than the Human Genome and has the largest sequence of any animal genomes.

The Australian lungfish’s genome is the longest of any animal that has been sequenced. Siegfried Schloissnig, from the Research Institute of Molecular Pathology Austria, and his colleagues discovered that the genome of the Australian lungfish is 43 billion base pairs in length. This is approximately 14 times the human genome.

The genome of this new record-holder is 30% larger than the one held by the axolotl (a Mexican amphibian sequenced by the team in 2018). To piece together the genome of lungfish, researchers used powerful computer sequencers. Multiple copies of the genome were used to account for the inherent errors introduced by the sequencers. Each copy was broken down into smaller pieces of DNA. The team then used algorithms to assemble the pieces back together into a complete genome after sequencing all of the fragments.

Schloissnig estimates that the result required approximately 100,000 hours of computer processing power. Schloissnig says that the Australian lungfish (Neoceratodus Forsteri), a native of south-east Queensland has not changed much in appearance since when animals started to transition from a water-based lifestyle to a terrestrial-based one.

The animal has flipper-like fins and a single dorsal lungs. This allows it to inhale air at the surface of water. It was not clear if lungfish or coelacanths, a group archaic fish that is found in the Indian Ocean around Indonesia, were closer to land-based vertebrates like birds and mammals.

New genomic analysis clearly shows that lungfish are closer to the evolutionary line that gave birth to four-legged creatures. While coelacanths diverged sooner, lungfish split off around 420 million years ago. Schloissnig says, “To get out of water, you have to adapt to a terrestrial lifestyle.” “You must be able breathe air and smell.”