Canadian Parasites: Where to Find and How to Treat? 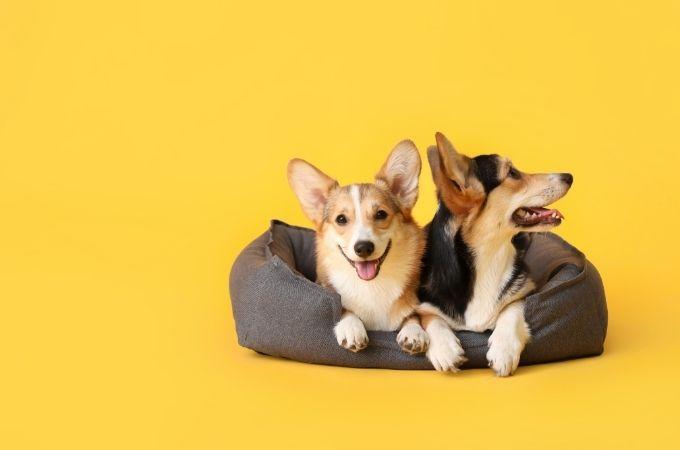 There are many different types of parasites in Canada. Each one has its own problems and treatment. Below is a listing of all the provinces and the associated parasites.

There are many parasites that can be harmful to pets and humans in BC. The most common parasite is fleas. Despite common belief, it doesn’t get cold enough in the Lower Mainland to kill fleas. Fleas will move indoors when it gets colder, causing havoc for pets and their lives.

The winter temperatures in Northern BC are so low that fleas can’t be detected. Your pet can be treated from spring through fall comfortably without any problems. It is a good idea to consult a veterinarian about the best treatment options for your pet.

Fleas can be a problem in Alberta, unlike in BC. They are present from the early spring through early October. Fleas are less likely to be spread by cold temperatures during winter months.

Alberta’s ticks are active from the beginning of spring through August. The Alberta government did a tick study in 2017 to identify the ticks and diseases that they carried. American Dog Ticks, Rocky Mountain Wood Ticks, Winter Ticks, and Black Legged Ticks are the most common. Lyme disease can be carried by ticks. Your pet should have a preventive medication before they travel to this area. It is recommended to use Bravecto or Nexgard.

Fleas can be a problem in every province. Flea prevention should be a priority for all pets from May through November. Fleas can even infect indoor animals. They are brought in from the outside where they can jump on us and our pets.

They are also active from May through November. The three most common ticks are the American Dog Tick (Rocky Mountain Wood Tick), and the Winter Tick (Winter Tick). Although it is uncommon to find a Black Legged Tick in the area, it can happen. It is important to avoid this area.

This area is home to Roundworm, Hookworm, and Tapeworm. Saskatchewan is also home to the potentially deadly tapeworm Echinococcus multilocularis. Always wash your hands after touching animal droppings.

Fleas can be found in Manitoba from April through November. Flea treatment should be done on all animals traveling to Manitoba.

Manitoba is home of the Black Legged Tick (American Dog Tick), Lone Star Tick (and more recently, Rocky Mountain Tick). The Lone Star Tick can also bite humans and transmit bacteria to their bites that can lead to a red meat allergy. From April through October, ticks are active.

Flea seasons change as we travel east. In Ontario, the flea season runs from June to October. Fleas are the same as tapeworm, as we all know. When travelling to Ontario, prevention is key.

The tick season in Ontario runs from April through November. The Black Legged Tick is the most common tick, followed by the American Dog Tick and the more recent Lone Star Tick. These two ticks are already a major problem in Ontario. However, the number of lone star ticks is expected to increase over the next few years. Wear protective clothing when you’re out, and make sure to check your pets every day if they are in the area. All stages of tick life are visible to the naked eyes.

Fleas in Quebec are most active from May to October. Fleas can carry tapeworms, as previously mentioned. Fleas can also carry the bacterium Bartonella Henselae. This bacteria causes an infection and will require antibiotics. Fleas can also trigger dermatitis, called Flea Allergy Dermatis (FAD). The immune system reacts to the saliva of the flea. FAD can also be harmful to pets and you.

Flea season patterns are similar across all Atlantic provinces. Because they are so close, it is not surprising that all of them start flea season in May. Flea season in Labrador, Newfoundland, and Prince Edward Island ends in October. It ends in Nova Scotia in September, while it ends in New Brunswick in November.

Flea activity is active in the Yukon and Northwest Territories from April through September. Flea control should be applied during these months.

Pets and people are not at risk from ticks this far north. The winter tick and rabbit are the most common ticks. The rabbit tick prefers rabbits, while the winter tick attaches mostly to moose. It has been reported that Rocky Mountain Wood Ticks have been found in some areas, as well as American Dog ticks. These ticks are thought to be carried back by pets who travel outside these provinces.